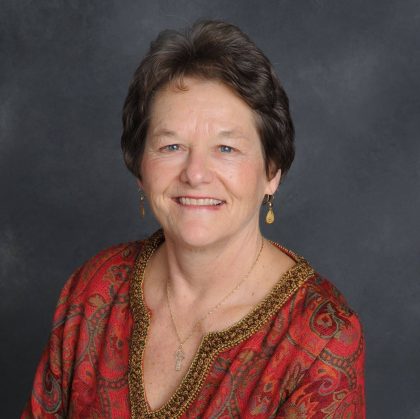 “Dorothy Day – the writer, activist, social reformer and modern day saint and how she changed my life.”

After graduating from  Illinois State University Christine was influence by the Catholic Worker Movement and in 1978 opened Clare House in Bloomington as a refuge for women fleeing domestic abuse, the first such safe haven in that community.  Eventually Clare House transitioned to a refuge for homeless women and their children and later added a food pantry. She also opened Loaves and Fishes Soup Kitchen in Bloomington in the 1980s.  Before her retirement in 2015 Christine received numerous community service awards for a lifetime dedicated to feeding the poor, befriending the friendless, housing the homeless, and creating an awareness of unmet needs in the midst of an affluent community.  Christine resides in Bloomington with husband Professor Robert Sampson.  Mark Sorensen is Service Leader. Service begins at 10:15am.